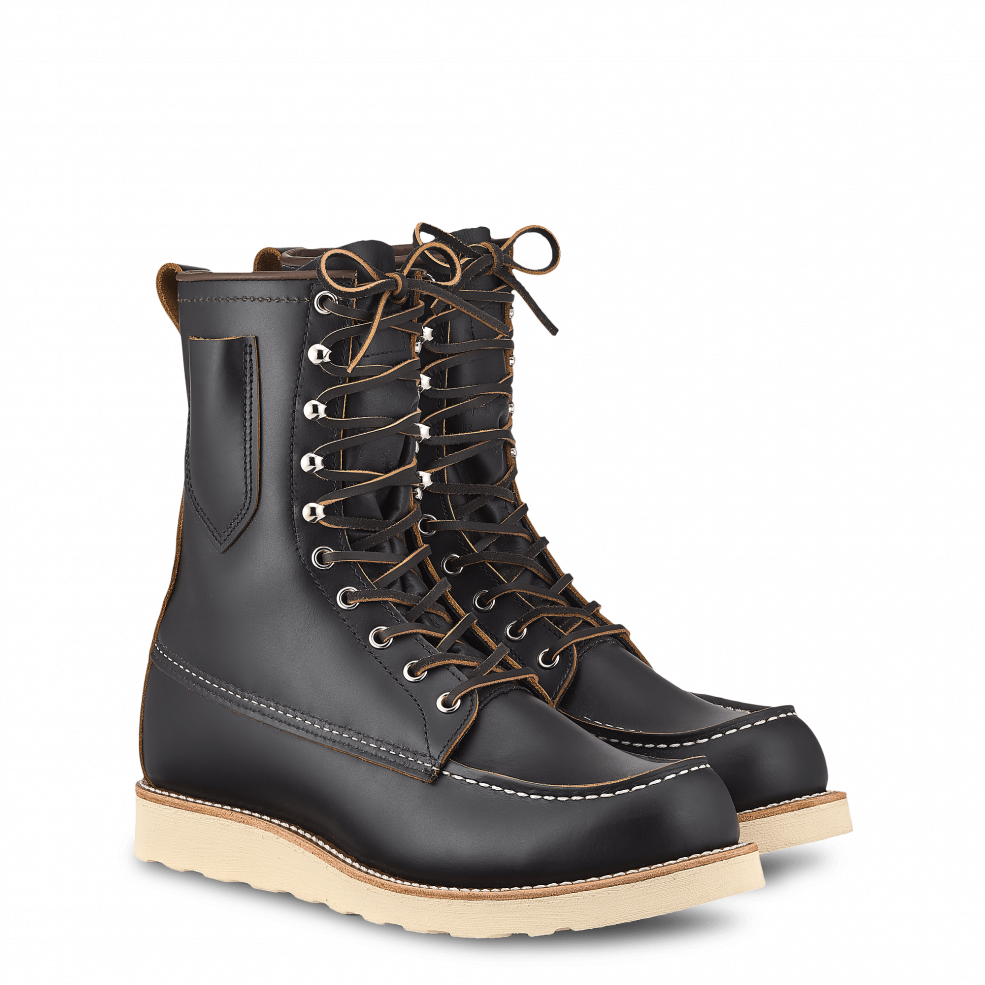 The Billy Boot is a trip down memory lane and takes us back to 1925. Back then the Red Wing Shoe Company introduced the “Billy Boot” named after the son of the owner “Billy Sweasy” (The Company is still owned by the Sweasy family).
The Billy Boot was designed for boys and was delivered with a “Jack Knife” and a knife pocket on the side. This extra feature got a lot of attention and was very popular back those days.
It was so popular that many boot companies copied the knife pocket and added this to their boy’s boots as well.

Red Wing Heritage re-built the Billy Boots for the #8829 exclusive and added the knife pocket as well on one of their icons the 8 inch 877.

Made in the Klondike leather that will age beautiful over time when the brown under color becomes visible after wear.

NOTE! These boots can only be sold to customers living within Europe.