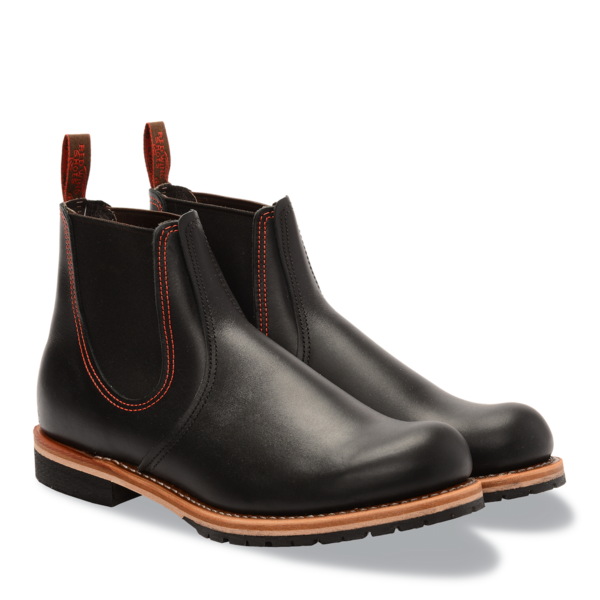 Our Chelsea Rancher boots were developed for American sheep ranchers. The boots could be easily slipped on when in the middle of the night they needed to quickly attend to their threatened flocks. Premium Black Star leather, Roccia sole, Goodyear welt construction and contrasting red stitching.

Sheep ranching has deep roots in American history. Before America was a country, the exportation of wool goods from the American colonies was outlawed by England in the Wool Act of 1699. This law was one of the events which led to the rising up of the American colonists in the American Revolution. Since then, sheep ranching has been a strong industry within the United States. And Red Wing Shoes played its part. The Chelsea Rancher boot was developed so that ranchers would have a sturdy boot which, when their sheep were threatened, could easily be pulled on at a moment’s notice. This allowed the rancher to waste no time in hurrying off to defend his flock.