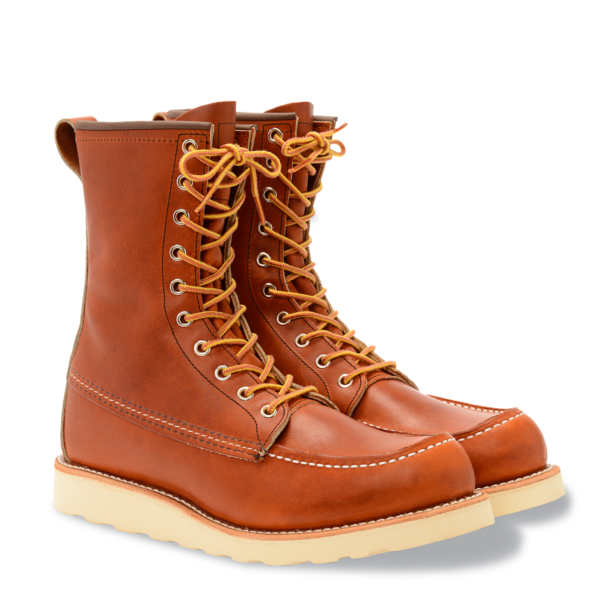 The 877 is the iconic Red Wing boot. First introduced in 1953 as a sport boot, this classic has been worn by millions of America’s workers on construction sites or in the farm fields. The 8” style is purpose-built with premium Red Wing Oro Legacy leather, Goodyear welt construction, a white Traction Tred sole and triple stitched quality.

This boot is one of the two key styles that elevated the Red Wing brand to worldwide renown. The 875 and 877 were made with russet colored leather, tanned by using the sap of sequoia bark. The process yielded a rich color that was very close to the coat of an Irish Setter hunting dog. These boots provided excellent arch support, and had a light, cushion crepe sole. The 877 was introduced first and the 875 would quickly follow. They became an overnight sensation among hunters and workers alike. Together the 875 and 877 became Red Wing’s most widely recognized boots and icons for the brand.

This is unisex model and sizes are running bigger than in womens models.